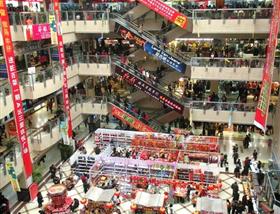 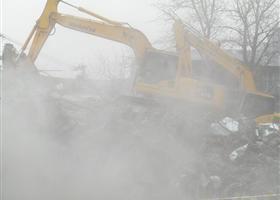 ~ Before falling asleep I thought about the passengers on Train No. 1814.  We would spend another night without heat, food, or water.  I was amazed at how calm everyone remained.  No panic.  No tears.  Not a hint of hysteria.  The Chinese have a long history of suffering.  This was just one more hardship to bear – and they bore it with equanimity.​ 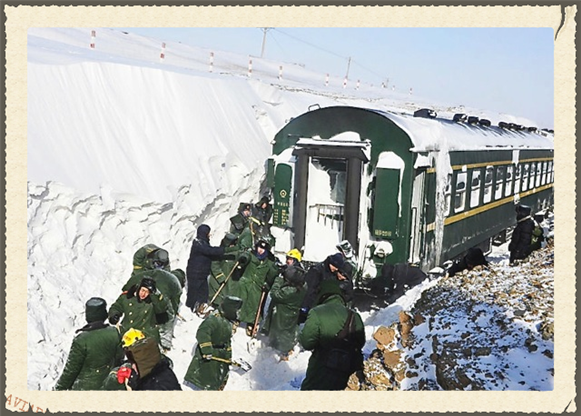 ~ “It’s the Chinese way,” I said.  “You and I are Americans.  We think differently – do things differently.  This is China.  It’s a Chinese thing, and we should respect and accept it."

~ The howling blizzard was a monster pounding on our puny train car.  I looked out the windows, but saw nothing.  They were opaque from ice and wind-driven snow.  We were stuck in a remote and desolate part of North China.  All fourteen hundred of us were vulnerable.  Only thin walls separated us from the fierce ice-breathing dragon outside.

~ We could die on this train.  We're buried under ten feet of snow, and it’s more than 30 degrees below zero outside.  The blizzard could stop rescue workers.  We could freeze to death.  If a fire started, we would incinerate.

​~ Before falling asleep I thought about the passengers on Train No. 1814.  We would spend another night without heat, food, or water.  I was amazed at how calm everyone remained.  No panic.  No tears.  Not a hint of hysteria.  The Chinese have a long history of suffering. This was just one more hardship to bear – and they bore it with equanimity.

~ Each of us must sift through everything we hear and read in life.  We need to filter it through a fine screen comprised of our experience, intuition, common sense, inner knowledge, and wisdom.  Only then do we have a chance of discerning the truth about anything.

~ “Special people in Inner Mongolia sing with voices using three sounds,” said Yo.  “I can sing with two sounds, but not three.  Listen.”  He leaned across the small table.  His cheek brushed mine as he brought his lips close to my ear and began singing softly.  He sang without words.  He sang by making strange beautiful sounds that were wild and foreign and inextricably linked with the wind.  I felt his breath on my ear and neck – and shivered.

~ No sooner did joy and relief at being home register than something stronger – something rough and raw registered.  A beast grabbed my guts.  I felt what I rarely feel – loneliness.  Something significant was missing – Yo.

~ Happy Chinese New Year’s Eve! . . . Chinese fireworks were booming – had been booming since early morning.  They jarred my bones, blood, and psyche.

~ As we walked on, I thought about my last romantic relationship.  There was never a meeting of hearts.  My relationship with Yo is totally different.  It is all about hearts.  The sensual and the sublime.  I much prefer a sublime relationship.  It is sweet.  It is innocent.  It need not ever end.

~ Caffeine, excitement, and perhaps something more rendered us both sleepless.  All we knew for sure was that we were happy – for we lay in the dark in our respective beds grinning at the ceiling.

~ It was time to go.  You know when the right moment comes to end something – even when that something is perfect.

​~ With one hug he eroded my stony resolve into a dune of soft warm sand.  Life is sweet when I am at peace with Yo.  I will let us be. 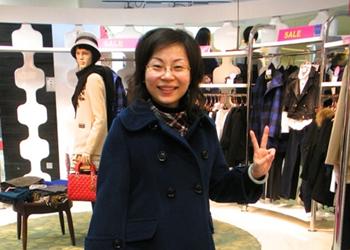 ~ "I would love to speak Chinese with you,” he said.  “I can’t translate all my feelings into English.  Important parts of meaning are lost in translation.  If you knew my feelings, you would agree."

​~ Yo volunteered to teach me Chinese, but I declined his generous offer.  I don’t want to waste his time.  Foreign language isn’t my forte.  Two years of pathetic college French proved it.  Lucky for me, I'm pretty good in English.  Yo thinks so.  He says I’m the queen of words.​

~ "You never play games with women, Yo.  I respect you for that.  You're one of the last of a dying breed – a member of an endangered species.  You are an honorable man."

​~ I thought about lunchtime tomorrow.  Liz would be on an airplane nearing Chicago, Yo would be on a blind date, and I would be in a nail place with Wen Wen getting a manicure.  Lives scatter.

~ I watched Yo step off the train at 6:00 a.m.  I couldn’t have missed him – even if he hadn't been the only person on the platform early New Year’s morning and even if he hadn’t worn the red jacket his mama gave him.  He was six feet tall and knockout handsome – by any country’s standards.  He was mine for the next three days.

​​~ Yo doesn't brag, but he has his pick of Chinese women.  He has the classic features of a male model, the body and athletic ability of a professional basketball player, and is as smart as his scientist father.  All this – and he has a heart too.

​~ I'm the right woman for Yo now, I thought.  I'm certain of that.  He will never again have an American best friend with my background, experience, and willingness to teach him everything I know.  The future is the future.  I will live in the now with Yo – and enjoy every moment – until his future doesn't include me anymore – or until my future doesn't include him. 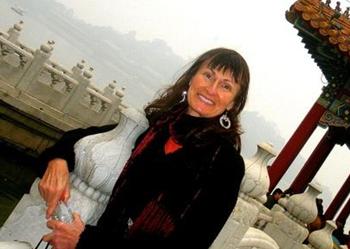 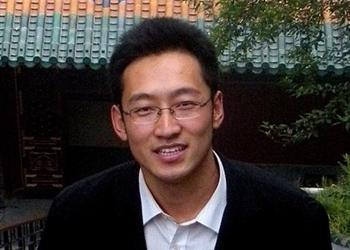 ​~ His [Yo's] words touched me.  I felt a warm glow.  We sat in silence smiling at one another.  My internal glow evolved into an ache – an ache to close the gap between us - between our bodies.  Even without Yo's conscious awareness, he was drawing me close – not with his arms, but with his spirit. Our spirits wanted to touch.Only the strength of mature wisdom kept me from kissing him.

~ Buses are modern-day dragons forcibly snaking their way through Beijing streets.  Bus drivers fully control the rath of their dragons.  Awareness of this power swells drivers into arrogance.  As a prosecuting attorney, I witnessed a similar phenomenon in the United States – when a judge put on a black robe and when a policeman strapped on a gun.

~ My words were true, and they pleased him.  I love making people feel good.  It's so easy to do.  I don't know why everybody doesn’t do it all the time.

~ I pictured Yo jogging down the street maneuvering in and out of pedestrians and bicyclists.  He has a long, smooth, graceful gait.  He is a cheetah.

~ For the first time I realized the intensity of Yo’s traditional side.  He wants to learn English, American culture, and American ways.  He loves using the latest American slang and singing American rap songs.  That’s cool, but he wants to live the traditional Chinese way.  I must remember this, I thought.

~ Incessant development pollutes Beijing.  I forged through a thick cloud of brown construction dust on my way to the bus.  Three heavy-duty earth-moving machines kicked it up.  Somehow the pesky particles penetrate my apartment and coat every flat surface.  Everyone in Beijing inhales carcinogens.  Some of us are more aware of it than others.

~ I have only seen the aggressive side of Yo a few times – always when he wants something for me – water on Train No. 1814, a sleeper car on the overnight train to Beijing, and a private dining room in the gold Buddha restaurant.  He has a tough-guy side.  This tall, striking, Chinese man is fascinating – and a little scary.

~ A five-story indoor shopping mall opened near my apartment.  I entered and, like Marco Polo, explored the riches of the Orient.

~ In class we continued watching Dances With Wolves.  I recognized a strong parallel between the way John Dunbar became progressively more Indian throughout the movie and the way I am becoming progressively more Chinese in Beijing.

~ It's November and nippy, but there's no heat in China.  The government sets the "heat on" date in the fall and the “heat off” date in the spring.  Wen Wen said officials will flip the proverbial “on switch” sometime this month.  The sooner the better for me.  We’re having a blue-lip cold spell.  Americans would storm the White House if our government controlled thermostats.  This is the first clear indication that I'm living in a Communist country.

​~ How fortunate I am to be an insider and learn the way the Chinese think.

​~ This was serious stuff.  My visa had expired.  I was illegally in China. The police could have arrested me.  They could have booted me out of the country.

~ A darling little Chinese girl, perhaps three years old, took baby steps toward us.  She had a plump, round face, black hair cropped just below the ears, and bangs cut straight across.  When her body touched my knees, the little girl looked at me with sad eyes and held out her hand . . . “Ohmygosh, she’s begging,” I said.
​
~ I am a seagull lost in a typhoon above a vast China sea.  The elements tumble and toss me about.  I never know anything for sure except what is happening in each individual moment of now.  I’m learning not to have expectations.  I’m learning to go with the flow as never before.  I must live from moment to moment.  It would be senseless and personally destructive to think or live any other way.  I must be flexible – or snap.

​~ “You are a magnificent Chinese beauty,” I said as Wen Wen walked toward me in the lobby of her apartment complex.  We hugged hello. She wore a royal blue wool coat.  Her long black hair curled in large ringlets that fell softly over each breast.  Her face was porcelain white and perfect.  She's a real China doll. 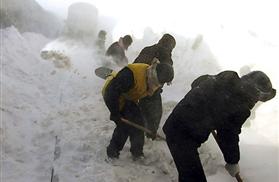