Go to Videos One 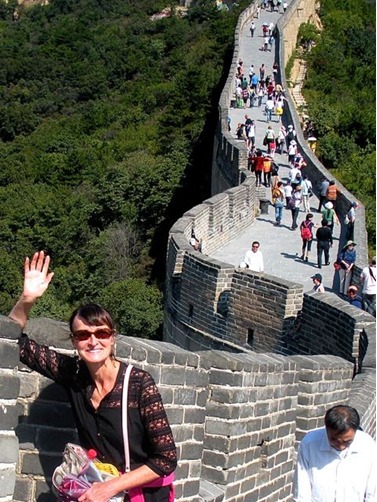 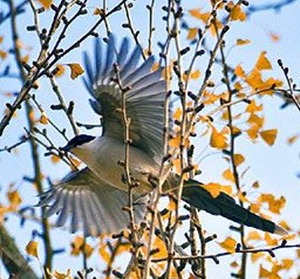 Besides being brilliant, Yo is a born leader.  I asked about his days at Inner Mongolia University.  The majority of people in China are Han.  There are fifty-six minorities.  Han people and minority people don't always trust one another.  No surprise to us Americans.  Look at our pathetic history of minority relations.  Yo is Han.  Both his Han and minority classmates chose him as their class leader.  Once Han and minority students fought over a racial slur slung by a Han boy.  Yo conducted an investigation and submitted his findings to university officials.  All the students involved were expelled.  No one faulted Yo, for he had been thorough in his investigation and truthful in his reporting.

"I'm a Communist,” Yo said one day.  “I joined the Communist Party when I was at my university.  I'm proud to be a member.”

Yo, a Communist?  How could that be?  It was a surreal moment for me.  My major in college was Government.  In a Communism course, an American professor taught us that Communists were enemies of the United States.  I took the course in the early 1970s when the Vietnam War was raging and Chairman Mao Zedong was the leader of the People's Republic of China.  The Cultural Revolution was running rampant during those years.

I looked at my best friend standing in front of me – and smiled.  Americans and Chinese people have advanced light years since the Vietnam War and Cultural Revolution – thank God!  Neither Yo nor the Chinese people are enemies of the United States.  I can't speak for the Communist government, but I can speak from my experience with the common people.  They are good and kind.  All they want is peace and a better quality of life than in the past.

I think we must sift through everything we hear and read in life.  We need to filter it through a fine screen comprised of our experience, intuition, common sense, inner knowledge, and wisdom.  Only then do we have a chance of discerning the truth about anything.

It's snowing in Beijing.  Anna is the only person I know who welcomes dreary days – grey, gloomy, dismal days.  It's to her credit that she embraces the bleak along with the bright.  I must learn this skill from her.

At school Yo’s bright welcoming smile fluffed my spirit.  It was a full-fledged, knock-your-socks-off grin, and it came straight from the heart.

Yo will take the New Zealand teacher to the Great Wall this weekend.  I invited myself along, but Yo "Nixed" the idea.  (Pun intended.)  He began the bad news with “Carol, it’s like this.”  He always prefaces bad news with these words.  I have no idea why I can't go.  It must be a Chinese thing.  I flip-flopped from disheartened to elated when he promised to take me – just me – to the Great Wall this summer.  It’s freezing now.  Infinitely better to walk the Great Wall with Yo in tropical fish weather than in polar bear weather.

A forced change of plans.  Liz and I intended to invite the teachers to our apartment on Sunday.  Liz would make her now-famous pancakes, eggs, and coffee.  I invited Wen Wen to join us, but she tattled to her uncle.  He forbade the brunch.  Apparently, he thinks we would trash the place.  Unwarranted assumption.  We're hardly on the wild side.  How much havoc could responsible teachers wreak at lunchtime when the strongest beverage served is French press coffee?  Liz and I were surprised and disappointed by what we consider an unreasonable restriction on the use of our home.  Wen Wen apologized.  Liz is still angry.  I’m okay with it.  We can do something else.  I try to go with the Chinese flow.

Students treated us teachers to a superb dinner and karaoke tonight.  Our plush private room was replete with big screen televisions, our very own karaoke machine, large round dining tables filled with exotic foods, and a private bathroom – with soap, hot water, and toilet paper, no less.  We partied first class.

The food was sumptuous.  The singing was – well – painful.  At various points I furrowed my brow, scrunched up my face, cringed, and actually plugged my ears.  Students with the worst voices sang loudest.  Ouch!  Attribute some of that to the beer and bijou (strong Chinese liquor).  Even so, I admired them for singing without inhibition.  I was too self-conscious to do the same.  Sometimes my students are more courageous than I am.  When the party ended they split the bill of 5,000 yuan - about $815.  I hope they have wealthy parents.

Reminder to myself: I can convert Chinese yuan into American dollars by remembering that one American dollar is equivalent to approximately 6.13 yuan – give or take.  The currency exchange rate fluctuates daily.

My days here flash by like comets across an indelible jet-black sky.  I wish they would linger.  I need time to catch my breath – and think.

"I didn't like that guy," he said.  "I didn't like the way he looked.  When I saw his face I got the feeling he wasn't trustful, so I told him you wouldn’t take his taxi."

Despite Yo’s gallant effort to protect me – which I really appreciated – I had to correct his English.  "Trustworthy," I said.  "You had a feeling the driver wasn’t trustworthy."

"Yes," he said, maintaining his concerned expression.  I don't think the correction fully registered.  He turned back toward the speeding cars.  "I’ll get you a different taxi."

Eventually, another pulled out of the never-ending flow of Beijing traffic.  Again Yo opened the front passenger door and spoke to the driver.  He turned to me and said, "It's all right.  The driver is okay.  I told him where to take you.  He knows the way."  Yo opened the rear passenger door for me.  I stood facing him before getting inside.  "Thank you for everything," I said.  "I had a lovely time."

My impulse was to hug Yo.  It is what my heart wanted to do, but how would he react to a public display of affection?  I was afraid he would recoil.  Yo is traditional, and for me to hug him in public would fly in the face of Chinese tradition.  I didn't want to compromise all the goodness of the evening.  Too risky.  Self-discipline kicked in.  We smiled at one another, very aware of what great friends we have become.  In the end, we did not touch – not even my gloved hand upon his coat sleeve.

"You are my true friend," he said.

That was better than a hug.  His words had deep meaning.  I smiled and began to back into the seat.  Yo cushioned the top of the door frame with his hand, so I wouldn't bump my head.  The simple protective gesture startled me.  He closed the door and stepped aside.  I twisted in my seat.  We maintained eye contact as the taxi separated us.  It was the proper way for the evening to end.

Like a Pogo stick, individual moments bounce in and out of my life in steady succession.  I find myself moving through each day focusing on the now.  I am forever looking around not wanting to miss a thing – not even a common magpie perched in a Ginkgo tree.

Liz invited me to share a homemade pancake lunch with her and her American friend.  The stranger was friendly to me, but her conversation oozed cynicism and ridicule for China and Chinese ways.  I felt defensive for my Chinese friends.  Her words insulted me as they would have insulted them.  The pancakes, eggs, and French press coffee were not as tasty as they should have been, for I tasted the woman's bitter words in the mix.

I'm learning how incredibly bright Yo is.  When he was young he memorized what he calls "thin English books" in three days.  OMGosh!  I think I have a genius on my hands.

Yo stood alongside parked cars in the busy Beijing street.  I watched him stretch his long arm out to the side and move his hand up and down in a mock wave to hail a taxi.  When one pulled over he opened the front passenger door and began talking to the driver.  I saw him shake his head back and forth and close the door.  The taxi sped away.  Yo had a disapproving look on his face when he joined me on the curb. 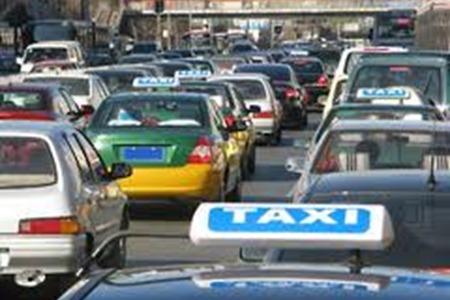 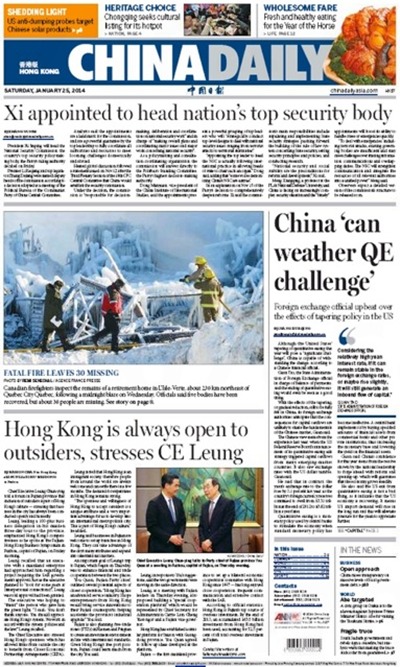 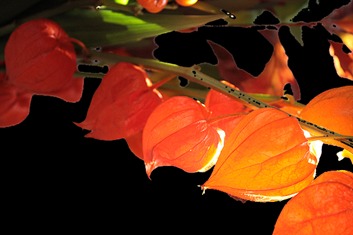 We talked about newspapers available in China.  China Daily is the government-run English language newspaper published in China.  I asked Yo about news reported in it.  He placed the fingers of his hand on one side of his windpipe and thumb on the other side and said, "That newspaper is the throat of the government."

We talked about the visiting professor we're expecting from New Zealand. He will give guest lectures on horticulture to Fanzhidu students.  Yo will be his teaching assistant and classroom interpreter.  The subject of horticulture intimidates Yo.  He knows nothing about farming or gardening, so he has been on the Internet cramming everything that is horticulture into his photographic memory.  I missed him this weekend, but he must be about his business.  I am only here to help him get where he is meant to go.  I am happy to do my part – however large or small it turns out to be.

"You are capable of being the best, Yo," I said.  While speaking I felt an inner chill I am accustomed to feeling when I utter or hear a profound truth.  I explained this to Yo and sensed that my words and feelings fortified him.

We forgot about our tofu tucked away on the bottom shelf of a nearby cart.  Even Yo was full by the time we discovered it.  “I eat too much when I’m exceptionally happy and when I'm unhappy,” he said.  Together we lingered at the extremely happy end of his gluttony spectrum.

We yawned simultaneously.  It was time to go.  You know when the right moment comes to end something – even when that something is perfect. I hope I feel that way when it's my time to die.

​Yo paid the bill.  Dinner was expensive.  Hot pot meals are more expensive than regular meals, and our restaurant is famous.   He spent too much money on me this month.

​We walked down the hallway looking for the exit.  We zigged when we should have zagged and ended up in the kitchen.  I laughed because things like this happen to me all the time in China.  The master chef set us on the right path to the first-floor entrance.

​Excerpt Four from Love in China – Chapter 1: Settling In 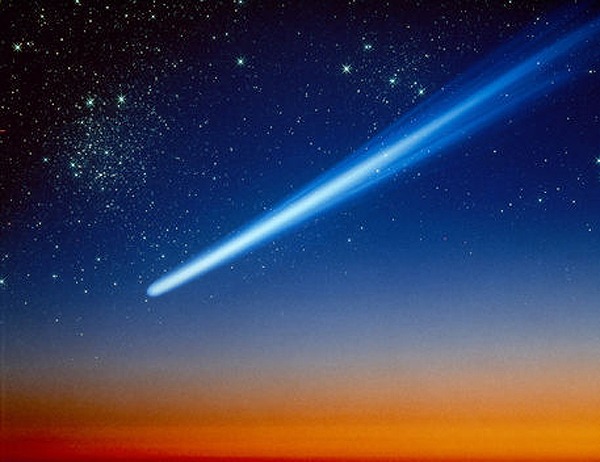 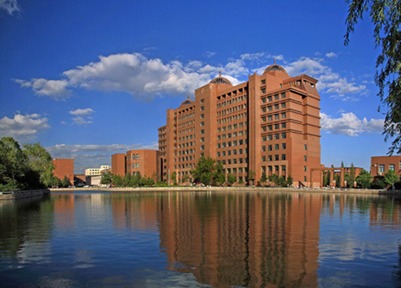