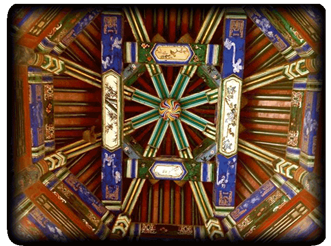 “They are soul mates,” said Jennifer.

“What do you think soul mates are?” Jennifer asked.

“Hmm, let me think,” I said. “Soul mates are people who are ideally suited to one another.  They share deep feelings and attitudes and
are meant to be together.”

“People never marry their soul mates,” Bing said.  He's the pessimist in the group.  I was surprised he made it crystal clear and public that his new wife isn't his soul mate. I felt sorry for him – and embarrassed for his wife of less than one year.

“My husband was handsome when I married him,” Marilyn volunteered. “He was twenty-two.  I love him, but he’s not my soul mate.”

“I didn’t marry my soul mate either,” said Jennifer, making it three.

“Have you met your soul mate, Carol?” she asked.  Yo is my soul mate, I thought, but that is my secret.

“No, not really,” I said casually.  “There is always some reason why the man and I aren't ideally suited.”  My statement was true, for Chinese tradition and our age difference keep Yo and me from being ideally suited.

My heart skipped uncomfortable beats when a morbid thought shot through my brain like a bullet.  Yo and I are soul mates, but ideally suited to be best friends – not lovers or spouses... 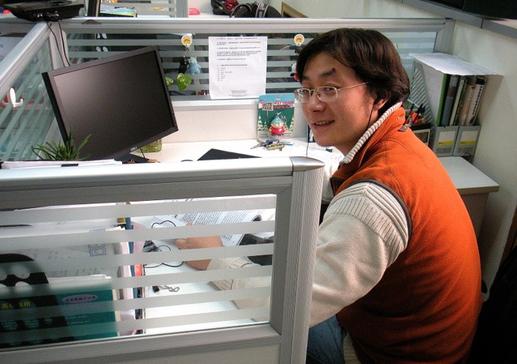 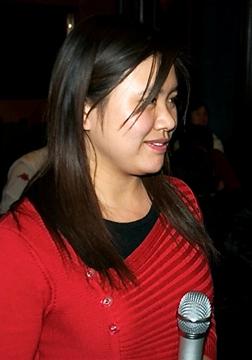 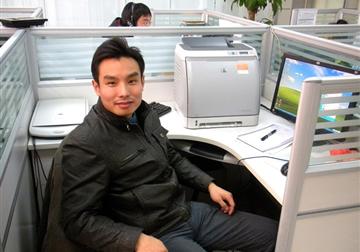 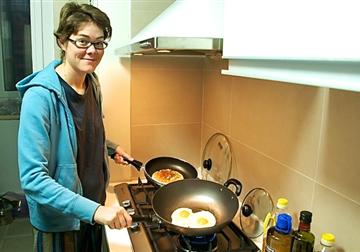 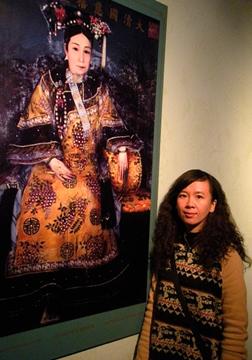 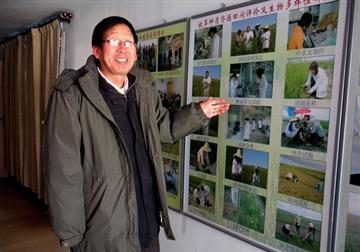 ​“No, and he doesn’t want us to breathe a word to her.  She's coming to the office this afternoon.”

“Does Tony want to marry his old girlfriend?”

“No, he wants to marry his new girlfriend."

Jennifer began snooping through the gifts and looked inside a blue box.  "She gave him underpants.  She must be telling him something.”

“Oh wait, the box has long underwear in it, not underpants,” Jennifer said, picking up the box and reading the label carefully.  “That’s strange. The box says the long underwear set is for a woman.”

“Perhaps she bought it for Tony’s mother,” I said.  “A practical gift might help win her over.

”Jennifer opened the lid of a green box and pulled out a soft, deep blue, cashmere scarf.  “This is definitely for Tony,” she said.  “It’s from Italy – and expensive.”  Next, she untied a large plastic shopping bag full of perishable foods including cakes, crackers, and two bottles of yogurt that would soon spoil.  “I think we should eat this food during our Starbucks party,” she said.  I wasn’t sure if she was kidding or not.  Jennifer is always hungry and on the prowl for snacks.  You would never guess it from her size.  She’s a skinny little thing.

Becoming impatient, Jennifer called Tony and criticized him for being too slow.  "Take a taxi back to school – and hurry," she said.  Mellow and always happy to please, Tony agreed.

Bing walked into the office after buying a train ticket to his hometown.  “Ah, you’re checking out Tony’s booty,” he said jokingly.  “Ask me anything about it.  I’ll rat him out.”  Bing and Tony are buddies, but Bing can't keep a secret.  It's a good thing Tony isn’t a private person.

“Tell me about Tony’s old girlfriend,” I said.  “Is this the last girl who broke up with him?”

“No, this one and Tony were sweethearts for two years in college.  She broke up with him for another guy.  It broke Tony's heart.  He was a mess for months – drank too much.”

“What do these gifts mean?” I asked.

“The girl recently broke up with the other guy.  She wants Tony back – and wants to marry him.  She and her parents already met with Tony’s parents in their hometown.  His parents agreed to the marriage.  Tony was pissed when his parents called and announced he would marry the girl.  He refused.”

The office door opened, and Tony walked in carrying a shopping bag full of Starbucks’ goodies.  He was breathless.  “Have you been running?” I asked.

“No, I’m just winded from walking up four flights of stairs.  I’m too fat.

”Bing pulled Marilyn’s round glass conference table into the center of her office.  Tony set the bag on top.  Everyone gathered around, and he parceled out drinks and Splenda packets.  We were happy – very much in the Spring Festival spirit.  Forgetting about school business altogether, we began our vacation a few hours early with a jovial Starbucks-driven celebration.

I was too curious to be mute.  “Tony, I hear an old girlfriend is back in your life.”  His expression soured.

“She gave you food,” Jennifer said, “and it will go to waste if someone doesn’t eat it.”

“Yeah, Tony,” said Bing.  "Why don’t you share your food with us?  We need something to go with our coffee.”

“I don’t want the gifts,” Tony said gruffly.  “I want to return them.”

“I called her last night and told her to take back the gifts.”

Tony made a cellphone out of his thumb and little finger and moved it from his ear to the tabletop.  "She hung up on you,” I said.  He nodded.

“You would do yourself and the girl a favor if you're straightforward, Tony.  Just tell her the stark truth.  She will give up sooner if she knows she has no hope.

"Tony listened intently.  I'm the closest thing he has to a mother in Beijing, and he respects me.  “Do you want to marry your new girlfriend?” I asked.

“Yes, but I think I should buy a house first.

”A pity, I thought.  If buying a house is a prerequisite for marriage, Tony will be a terminal bachelor.  Houses are incredibly expensive in Beijing. Tony makes a pittance.  Realistically, I doubt he will ever earn big bucks. Yo, on the other hand, will.

Somehow we got on the topic of good-looking Chinese men.  “Do you think Bing and Tony are handsome?” I asked Jennifer.

“Definitely not,” she said, while smiling at them.  “No offense intended,” she added.

“Where would you rate them on a pyramid of handsome men – top, middle, or part of the broad base?” I asked.

Jennifer narrowed her eyes and carefully scrutinized the two men. “Hmm, very average – in the middle,” she said.

“I think Tony and Bing are both handsome guys – near the top,” I said.

The men nodded appreciatively, happy that I bootstrapped them out of the "average" gutter.

“Do you think Yo is handsome?” I asked.

“Yo is very handsome,” Jennifer said.  “He's at the tiptop of the pyramid.”  Even Bing and Tony agreed Yo belongs in the “extremely handsome” category.

I couldn’t stop myself.  The urge to ask Jennifer one more question must have bubbled up from my cross-examination days as a prosecuting attorney.  “Do you think your husband is handsome?

”After a thoughtful pause she said, “No, I don’t think he's handsome.  He’s average looking, but he has many good qualities.”

Tony’s new girlfriend walked into Marilyn’s office.  Tony introduced me. Everyone else already knew her.  She is tall, slender, and pretty – definitely better looking than Tony.  The two sat together on the orange sofa and showed indisputable signs of love.

They were a bit shy with each other but still eagerly held hands and gazed into one another’s eyes.  They had that look.  Everyone there knew what that look was.  Tony periodically touched the back of his girlfriend's hair with his hand, playfully fluffing it up a bit.  She occasionally rested her hand on top of his thigh.  Yes, the two were in love – and lovers.  No doubt about it.  When they left the party the rest of us unanimously approved of the match. 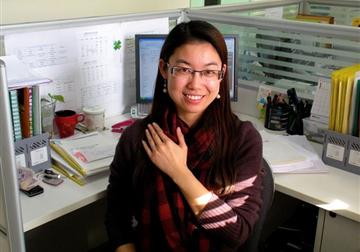 Nobody felt like working.  We moseyed back to the office.  Our bodies were in the building, but emotionally we were already on vacation.  “Tony, go to Starbucks and get us some coffee,” Marilyn said.  “We’ll have a Starbucks party.”

Everybody cheered – then gave Tony drink orders.  Three vanilla lattes for Marilyn, Jennifer, and Tony – two cappuccinos for Bing and me.  Tony set off.  It would be a long trek, for the closest Starbucks was a walk, bus ride, and subway stop away.  While waiting I glanced around the office and saw what looked like gifts on top of a cabinet near Tony’s desk. 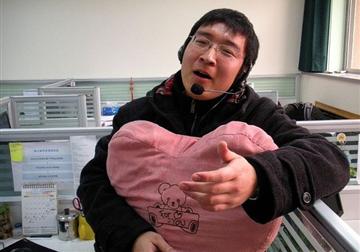 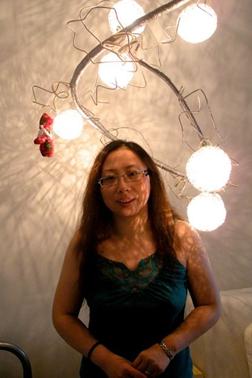 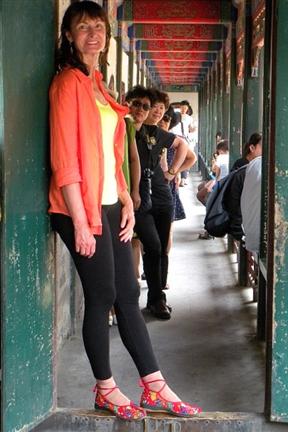 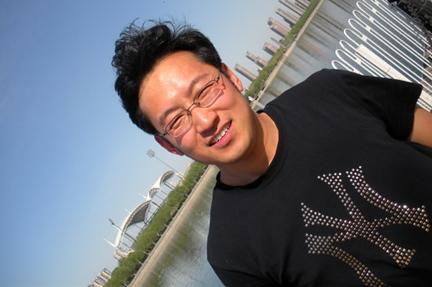 Today was the last workday at Fanzhidu School.  Marilyn invited me into her office and surprised me with a Chinese Festival gift inside a small velvet box.  She left the price tag on the jade necklace – on purpose – to show I am a valued friend.  The marked price was 218 yuan.

​Marilyn suggested a parting lunch for the five teachers remaining in Beijing.  As usual, my companions fell into their habit of speaking Chinese during lunch, and thus, unintentionally excluding me. 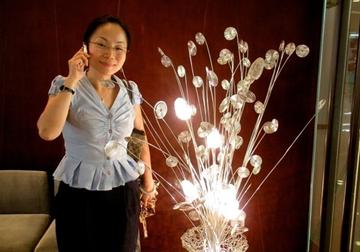 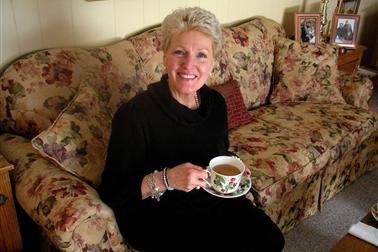 I witnessed a mass exodus from Beijing.  People carrying bags of gifts abandoned the capital city in droves.  Spring Festival is a huge family holiday – the Chinese equivalent of Christmas – only longer.  They celebrate for fifteen days.

My friends were abandoning me one-by-one.  Yo was the first to go.  His absence left a huge hole in my heart.  Wen Wen would leave tomorrow and travel with her parents to a relative’s house in South China.  Most of my teacher friends and students were returning to their home provinces as well. 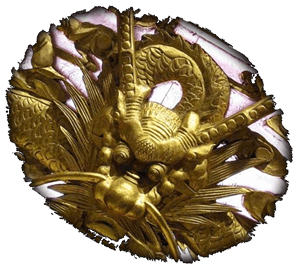